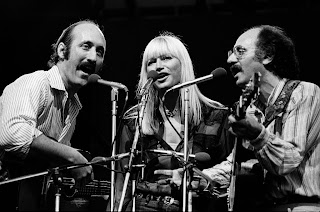 We heard the news this morning of the death last night of Mary Travers, age 72.

Mary's straight blond hair once inspired Nancy to iron hers straight. There must have been many young women in the late 60s who did the same: the much sought after Mary Travers look.

I doubt anyone in the English-speaking world got through the 60s without getting to know by heart some of the songs recorded by Peter, Paul and Mary: If I Had a Hammer, 500 Miles, Puff the Magic Dragon, Blowin' in the Wind, The Great Mandala, In the Early Morning Rain, Leaving on a Jet Plane...

Nancy and I spent lunchtime today listening to a best-of Peter, Paul and Mary CD. It brought tears to my eyes. There is an earnest innocence and deep purity in their voices that many these days would probably regard as naive.

I recall Peter and Paul visiting the office of the Catholic Peace Fellowship on 5 Beekman Street in Lower Manhattan back in 65 or 66 when Tom Cornell and I were CPF’s co-secretaries. Would that I could remember what we talked about -- probably our work to assist conscientious objectors.

Tom just sent me a note reminding me that they arrived in a red sports car which they parked on the street below (no doubt illegally, as in that part of town, half a block from City Hall, it was easier to find the Holy Grail than a legal parking place).

Then there was the evening when I went with a friend to see “Godspell” (it opened that night) at a small Off Broadway theater in Greenwich Village -- the part of New York where Mary Travers grew up -- and found that we were sitting just a few seats behind all three of them. We had a great time. Between acts the cast served wine to all who had turned out.

Songs and their singers can make a difference. We owe a debt to Mary Travers. 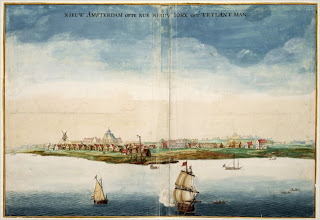