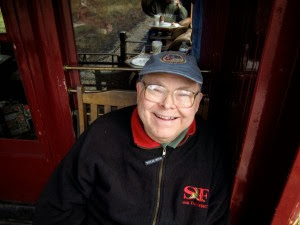 -->
On the 24th of July my sister Rosanne breathed her last. She was 68. In her final hours each breath was a great labor. Her husband, Charles, and two of her four children were at her bedside when she exhaled that final time. I was a few feet away. Quite soon all four children were in the house along with grandchildren and cousins plus other members of our complex family in which bonds of DNA are not the decisive ingredient. The next morning Charles washed Rosanne and then all the family oiled her from forehead to toes before placing rose petals on her body.

Rosanne was startlingly emaciated. On the day she died, it had been three weeks since she last accepted food. When I arrived, she was taking very little water. She seemed unable to swallow.

For seven years Rosanne had been struggling with Alzheimer’s disease. The onset had been very slow -- an increasing degree of absent-mindedness that finally reached the point of her having to give up her work as an occupational therapist. In that period Charles and other family members looked for dietary changes that might help stop the damage to her brain or even reverse it. During the last few years she was gradually stripped of her active vocabulary until words were few and rare. She was sometimes confused about where she was. A wheel chair was needed. Going out became a challenge. She became utterly dependent on the care of others, Charles most of all.

Thank God I was able to take part in the last nine days of Rosanne’s life — part of a community of family members and friends who were not only camping out on the edge of her deathbed but on the border of the mystery of death.

The hours when I was at her side were mainly times of silence but also of a quiet one-sided conversation and reading aloud. I urged her, for example, to ignore the advice of Dylan Thomas about not going gently into that good night; better, I proposed, to embrace, embrace the dying of the light. Using the Bible I have on my e-reader, I picked out psalms, or parts of psalms, that seemed appropriate. I slowly read her the story of Lazarus being called out of his tomb, accounts of the resurrection of Jesus, the Beatitudes, the Book of Jonah, parts of the Song of Songs, the canticle of praise sung by the three young men consigned to the furnace in Babylon — texts that have to do with death not having the last word, the grave not being the end of the journey, life not being a bad joke. I told Rosanne that no one knows much about what happens after death but that we get occasional joyful glimpses of heaven in day-to-day life.

Though she couldn’t speak, apart from an occasional yes or no or groan of distress as her body was turned, I think she recognized each of us who took part in the vigil and heard what we had to say. She communicated by intense attention to the face of the person sitting at her side, sometimes with a puzzled look, at other times with a gaze of recognition, or so it seemed to me. And there was communication by hand-holding. She held hands with each of us with a remarkable firmness, each massaging the thumb of the other.

The kitchen and dining room near the bedroom in which Rosanne was dying served as a gathering place. Charles did a lot of cooking and family members brought still more food. Cooking and eating became a way of coping. Over meals lots of stories about Rosanne were told. One that especially rang bells for me came from our step-sister Tamara, who recalled a post-high school trans-Atlantic crossing by ship taken by Rosanne, Marianne and herself in 1962. Along the way there was a major storm that sent furniture sliding from port to starboard and back again plus water splashing through portholes. After the storm, the question was raised: “What if the ship were sinking? What would our last words or actions have been?” Answer: Marianne would write a poem, Tamara would say, “Just a  minute!” and Rosanne would say, “Oh! Really?”

From childhood until her death, Rosanne had an “Oh! Really?” quality. It was in her steady, wide-eyed gaze. It lay behind her kindness not only in good times but in trying circumstances. It reflected her passionate curiosity about the world, a permanent "tell me more” setting.

Rosanne and I were both “red-diaper babies” — the children of Communist parents — but neither of us were, as adults, engaged with any political party or inclined to look at the world through ideologically-ground glasses or to value people according to their politics. “Blessed are the pure of heart,” one of the Beatitudes affirms. Throughout her life Rosanne had a very pure heart, a deep innocence, a quiet selflessness, an innate ability not to judge others. From early adulthood she had been drawn to an alternative way of life — non-acquisitive, peaceful, sharing, self-giving — and those traits remained with her until the end.

Photos taken during the days I was with the family in Santa Cruz are in this folder: 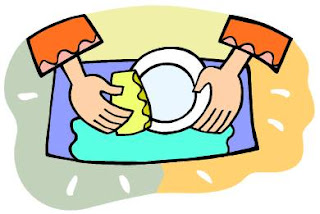 Back after a long absence..

Yesterday I happened to see this quote: “Everyone wants a revolution but no one wants to wash the dishes.” I was reminded an evening with Vietnamese friends in a cramped apartment in the outskirts of Paris in the early 1970s. At the heart of the community was the poet and monk, Thich Nhat Hanh. An interesting discussion was going on the living room, but I had been given the task that evening of doing the washing up. The pots, pans and dishes seemed to reach half way to the ceiling in that closet-sized kitchen. I felt really annoyed. I was stuck with an infinity of dirty dishes while a great conversation was happening just out of earshot in the living room.

That sentence was a flash of lightning. While I still mostly wash the dishes to get them clean, every now and then I find I am, just for a passing moment, washing the baby Jesus.
Posted by Jim and Nancy Forest at 6:05 PM 3 comments: