For many people, today is Halloween. For Nancy and me it’s the third anniversary of the relocation of one of her kidney’s into my abdomen where it has dwelt happily an efficiently ever since. Three years! If I had a bottle of champagne in the house, this would be the right day to open it.

My first words today were addressed to the donor: “Thank you, Nancy.”

For nearly two years the backbone of my life in so many ways was the dialysis. Everything had to be arranged around those three weekly sessions of blood filtering. Normally this was at the local hospital, but, if I were traveling, sometimes in hospitals or clinics in other countries: Greece, Spain, Italy, England, France, Canada and the US.

Ever since the transplant, I have felt something like Lazarus after being brought back to life by his friend Jesus three days after being placed in his tomb. Of course I had no real death experience, but kidney illness is, even in these days, a close encounter with death.

In case you have never read it, I recommend something Nancy wrote about deciding to make that donation, “Saying Yes” -- see: http://www.jimandnancyforest.com/2009/07/29/saying_yes/ 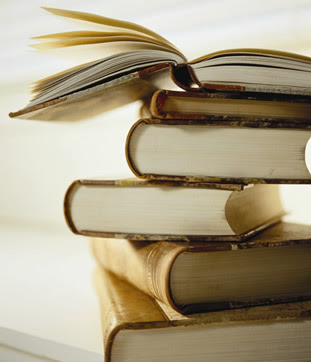 I have never forgotten a lunch I had many years ago with Alice Mayhew, a vice president of the publisher Simon & Schuster. She told me the main problem publishers faced was “the demise of the vocational book seller.” She defined the vocational book seller as someone who knows and loves books and knows her/his customers, old and young and in-between -- someone who can say to a customer (a person known by name), “I have a book I think you’ll want to read.”

In the years since Alice made this observation, thousands of independent book shops -- the place one found vocational book sellers -- have been forced to close their doors. It’s a story that is part of the plot line in the film “You’ve Got Mail.”

Yet some independent book shops survive. My favorite is Eighth Day Books in Wichita, Kansas, whose founder is Warren Farha, a member of St George Cathedral, the Antiochian parish in that city.

Eighth Day specializes in Christian books. I know of no book shop so likely to have books -- new and used -- of special interest to Orthodox or Catholic Christians.

Eighth Day also occasionally publishes books. The latest is Discerning the Mystery: An Essay on the Nature of Theology by Fr Andrew Louth (patristic scholar and a member of the Orthodox Peace Fellowship advisory board). It was originally published by Oxford University Press but has been out of print for a long time. Used copies were not easily found.

One of the many pluses of Eighth Day are the helpful descriptions of each title provided on the online catalog. To give an example, here is the entry for the Louth book:

Published twenty-five years ago, Discerning the Mystery is still the finest critique of the Enlightenment's ways of knowing, coupled with a winsome description of a distinctly Christian alternative. Responding to what he sees as a "division and fragmentation" both in theology and the larger culture due to "the one-sided way we have come to seek and recognize truth? manifest in the way in which all concern with truth has been relinquished to the sciences," Louth sets out to describe the source of that fragmentation and to challenge the notion that we must "accept the lot bequeathed to us by the Enlightenment." He carefully reviews central themes of several precursors who have already forged a critique of the epistemological imperialism of the Enlightenment, principally Giambattista Vico, Wilhelm Dilthey, and Hans-Georg Gadamer, who in distinct ways demonstrated the legitimacy of the humanities' unique apprehension of truth. Further relativizing Enlightenment claims, Michael Polanyi proposed that science itself depends on non-empirical elements of investigation for its method to function, what he termed "the tacit dimension." It is here that Louth sees a "pattern underlying the apprehension of truth" that is strikingly similar to that of the Fathers of the Church, who set forth an approach to knowing and experiencing truth that ultimately can be "seen and heard and handled" (1 John 1:1-3), but only by those who reside in the bosom of the Church's tradition and avail themselves of ways of knowing unique to it. Louth's rather brilliant rehabilitation of the Fathers' use of allegory in scriptural interpretation, which interweaves Scripture and tradition seamlessly, illustrates this approach. The matrix of allegory requires and manifests the "tacit dimension" of the guidance of the Spirit, and underlines the theologian's need to hear Him. Or as Evagrios of Pontus might put it, "Knowledge of God--the breast of the Lord. To recline there--the making of a theologian."

I suggest you visit the web site of Eighth Day Books -- http://eighthdaybooks.com -- and bookmark it. You might also want to get a copy of Discerning the Mystery.