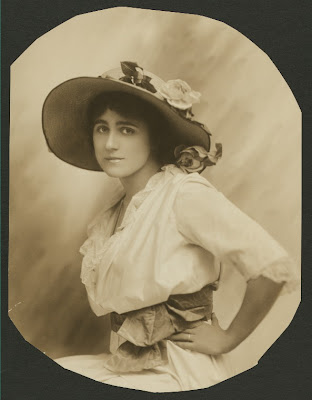 As a boy growing up in Tinton Falls, New Jersey, I added to my dollar-a-week allowance by delivering morning and evening newspapers. My most remarkable customer was Ivy Troutman, who in earlier years had played starring roles in many Broadway productions and also been in at least one silent movie in 1915. A famous beauty in what she referred to as her “salad days,” she was still stunning in her sixties.

In 1951, Ivy purchased a run-down mansion on Newman Springs Road, a short walk from our house. Built in the mid-19th century, shortly after the Civil War, Ivy presided over a restoration that transformed the near-ruin into a palace.

For some reason, she took a special liking to me. The result was that I put Ivy at the end of my newspaper route, as she often invited me to stay for a while. Serving me a small glass of Dubonet (imported from France, but with water added in deference to my age), she often talked about her days as an actress. Her career on stage had stretched from 1904, when she was 21, to 1942.

The First World War took her to Europe to perform for the troops. After the war ended, she joined the colony of American expatriates living in Paris, thus becoming one of the “lost generation,” a term coined by Gertrude Stein (whom Ivy knew but didn’t much like) and popularized by Ernest Hemingway.

Among Hemingway’s best friends was Ivy’s former husband, the artist Waldo Peirce, a fellow American who, along with Hemingway, had been an ambulance driver in France during the war.

During her Paris years, Ivy had been a close friend of  James Joyce. Perhaps the greatest treasure in her treasure-filled house was a copy of the first edition of Joyce’s Ulysses, published by Shakespeare & Company -- Joyce had penciled in corrections on nearly every page. Ivy sometimes went to Manhattan for meetings of the Joyce Society. Its gatherings were on West 47th Street, over the legendary Gotham Book Mart, which later, when I moved to New York, became one of the book stores I visited most often.

Ivy had a breath-taking art collection. I found especially fascinating a small Alexander Calder mobile hanging in the living room and, in a hallway, one of Calder’s large single-line circus drawings.

Occasionally Ivy had parties -- soirees -- for friends living in New York. Though Ivy had a maid, I was asked to put on my Sunday best and serve drinks. The guests were mainly theater people. One of the regular guests was Raymond Burr, eventually to become best known for playing lawyer Perry Mason on a popular TV series.

There were also writers. Ivy introduced me to one of them, Allen Churchill, who at the time was researching a history of New York’s Greenwich Village eventually published as The Improper Bohemians. Meeting an actual author made a huge impression on me.

When I was fifteen, I moved to Hollywood, California, and lost touch with her, but I think of her often with profound gratitude for all the windows she opened in my life and for taking me so much to heart. 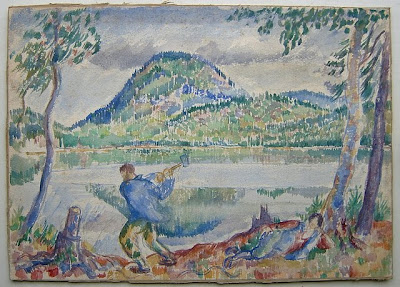 The only material gift from her that I still have is a delightful watercolor by Waldo Peirce. Peirce himself is on the left, manfully cutting down a tree, Ivy seductively reclining on the right, and the Maine wilderness, in which Peirce had grown up, in the background. It hangs in our living room.