Memories of the (almost) end of the world 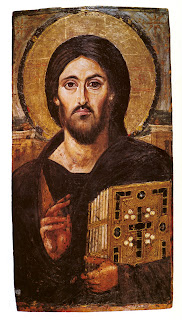 In a letter just received, my friend Mark Farrington told me his one memory of the Cuban Missile Crisis:

“I was weeks away from my third birthday. My only recollection was seeing my mother, in the basement, storing dry and canned goods in a cardboard box. We had just moved to a house in North Syracuse, NY, within two miles of the commercial airport, and a mile from Hancock Air Force Base, one of the main strategic targets of the Eastern Seaboard. Thunderbird jets would fly over all the time, their barrier-breaking sound immediately distinguishable from ordinary airplanes. Even as a very little kid, one knew enough to not stand close to any window panes during those "flyover" moments. This wasn't necessarily "traumatic" – one just got used to it.

“In the 1980s I asked Mom about the ‘cardboard box’ thing, wondering what she had been up to. ‘That was during the Cuban Missile Crisis,’ she explained. ‘We thought that would protect against radiation’.”

A potent memory – a child’s innocent glimpse of his mom’s preparations for the end of the world.

Mark asked about my own memories of the day the Cuban Missile Crisis was most threatening, October 27, 1962.

The main event, as the day began, was deciding to go to work rather than call in sick. At the time I was a journalist on the staff of a Manhattan-based weekly magazine. “Sick in what way,” I would have been asked. This would have meant explaining that all of us had a really good chance of being converted to radioactive dust before the day was over.

In my office on Madison Avenue, we did hardly any work that day. We were mainly engaged in nonstop listening to the radio. Then, late in the day, came the news that Khrushchev had announced that the Soviet government had issued an order for dismantling its Cuba-based nuclear weapons. The missiles and their warheads were to be put back in their crates and returned to the Soviet Union.

I am sure ours was far from the only office which greeted the news with applause. One of my colleagues went out and bought a bottle of wine – or was it vodka?

At the end of the day, I took the ferry back to Staten Island with a deep sense of being a survivor. No doubt everyone on the ferry boat felt the same way.

(We didn’t yet know that Kennedy had made a pledge, overruling the advice of the CIA and the Joint Chiefs of Staff, not to invade Cuba, nor did anyone beyond Kennedy’s inner circle know of the promise made to Khrushchev to pull US missiles away from the Soviet border with Turkey. The more hidden side of the story is told in Jim Douglass’s book, JFK and the Unspeakable.)

A related memory takes me back maybe a year earlier to a test of New York city’s air raid sirens. I was at the Catholic Worker, alone on the top floor of our modest three-storey building on Chrystie Street, when the sirens began shrieking. I suppose there had been a notice about the test in the newspapers, but I hadn’t been reading them and took the noise to be a summons to take shelter – nuclear missiles were on their way and would shortly be exploding.

I saw no point in taking cover and so decided to experience my last few minutes of life standing at the large plate glass window that looked out over the forlorn neighborhood we were part of. There was not a soul to be seen, not a car or truck in motion. I think I prayed – perhaps the rosary?

Then a lone man in sandals – maybe in his late 20s, lean, short-cropped beard, wearing faded dungarees and an old cotton shirt that wasn’t tucked in – strolled by, calm as a hiker in a national park, paying no attention to the sirens. I couldn’t take my eyes off him. He had passed our building and was about to vanish from my line of vision when he turned his head, gazed directly at me, smiled and waved, then walked on. I was astonished. It seemed to me I had seen Jesus and Jesus had seen me. I had felt a deep calm through those few minutes, but, by the times the sirens stopped, I was light years beyond calm.

I opened a window and looked down the street to see where the man had gone, but there wasn’t a soul to be seen.

* * *
icon: The face of Christ, possibly the oldest surviving image of Christ, is at the Monastery of Saint Catherine in the Sinai Desert.
* * *
Posted by Jim and Nancy Forest at 3:49 PM

I checked my diary to see what I was doing at the time, and found the first mention of it was on 2 December 1962, commenting about American arrogance in having its own nuclear missiles in Turkey, on the border with the USSR, and yet nearly starting the Third World War over the USSR having missiles in Cuba. It was an aside in a comment on the UN invasion of Katanga.

My general belief at the time was that Krushchev was a statesman who had saved us from the threat of global thermonuclear war, but I didn't comment on it while it was hasppening, only several weeks later.

There is a proverb: "God writes straight with crooked lines." Who would have imagined Khrushchev, who had been in Stalin's inner circle and was himself responsible for the closer of hundreds of churches, would play so important a role in preventing nuclear war. (On the other hand, he had nearly caused one by baiting the imperial USA with missiles in its own backyard.)

Amazing. My memory of the Cuban Missile crisis is very similar to that of your younger friend. I was also three at the time and my parents, both residents at an Iowa hospital, were also putting up food. I believe we also went into the basement where we were living. Many years later, I asked my mom about that memory and she explained what had been going on.

Regarding the sandalled man--I DO believe you saw our Lord, or certainly one of His angels. It's wonderful how He continually watches over us! :)