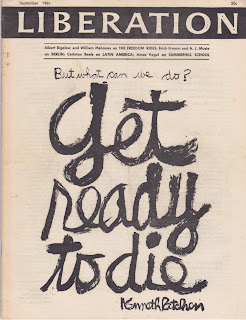 We are of a generation -- I turned 70 last year, and grew up with

Mid the yuccas and the thistles
I'll watch the guided missiles
while the old FBI watches me
I'll have on my sombrero
and of course I'll waer a pair o'
Levi's over my lead BVDs.

I didn't know what BVDs were, but I could imagine. But when I was 20 or 21 I found the only shop in South Africa that sold Levis, and bought a pair - straight off the top of the bale, all squashed flat. And the guy said, get two sizes bigger -- they shrink.

Now Levis are as kitsch as everything else, pre-faded, pre-patched, pre-torn, pre-shrunk, and produced in some sweatshop in the Far East. I wouldn't touch them with a bargepole. Is that what it's like to be 70?